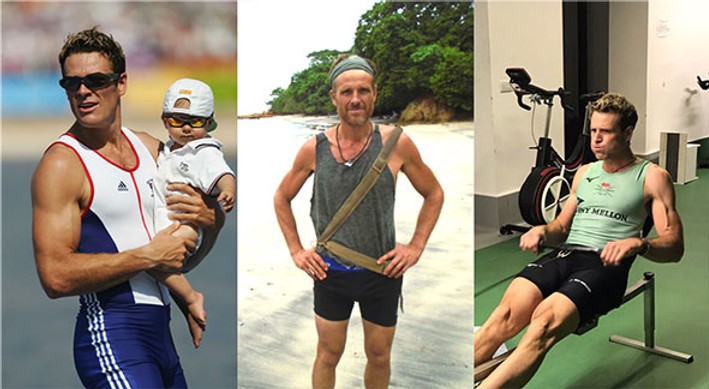 “One of the most audacious and ambitious sporting goals in recent memory”
Make no bones about it, James Cracknell aiming to secure a place in the Cambridge boat for the annual Oxford Vs Cambridge boat race at the age of 46 is one of the most audacious and ambitious sporting goals in recent memory. For the likes of celebrity trainers to comment that the Boat Race is “definitely not too strenuous” for a 46 year old, underestimates this goal by some distance. For James to secure his place and to compete in tomorrow’s race is one of the most extraordinary achievements I have seen but has also been one of the most complex cases I have worked on in 25 years working with elite performers.
Evolving goals
The announcement passed me by as I was overseas at the time, but spotted it doing the rounds on Twitter. James Cracknell had secured a place at Cambridge University to study an MPhil in human evolution and begun getting back into training to explore the chance of making the Cambridge boat
I had worked with James when he was an Olympian, from 1998 to 2004, seeing him grow from World level to multiple World Champion to two-time Olympic Champion. I knew him, his physiology and his mindset well.
I dropped him an email
“What’s this about a comeback? Do you want any support?”
He replied
“It is so good to hear from you and the offer of help is unbelievably timely.
I’ll lay everything out and would love to get your thoughts on where I’m at. Boy do I need some help. Prepare for a big email tomorrow.”
He’s been Olympic Champion, what’s the problem?
“the training that led to his previous successes at the Olympics would not be the one to lead to success in the boat race”
On the plus side he was still endurance trained, having rowed around the world, run around the world, rode around the world. But the fitness is all in one place – the ‘base endurance’ that comes from ultra-endurance events. There was no top end fitness.
I chatted this through with James and heard that he’d just done a 2k ergo in 6:13 – he needs <6:05, he’s done a 5k ergo in 17:08, he needs <16:10.
My first step was to lay out the size of the task, specifically that the training that led to his previous successes at the Olympics would not be the one to lead to success in the boat race. He had to do things differently. This isn’t because the physiological determinants of performance are wildly different – (even though the duration is different; 6 mins at Olympics; 15-16 mins for the boat race), it’s because physiologically he was a very different specimen in September 2018 than he was between 1998 – 2004 and because of his age he would be responding very differently to the training anyway.
What did the facts say?
The lab test confirmed my initial inkling but to a greater extent and with hard data. We looked at;
His base endurance was good, though 11% below his very best, but not too dissimilar to some phases during his previous rowing career – but needed integrating into the rowing mechanics again. We could target specific ergometer training zones now so ensuring James was precise in his training.
VO2max was some way off (23% below best) and would need dedicated training to drive this element as a real priority and soon. Dedicated high intensity training on the ergometer was needed.
Strength was the big concern (29% below best). As age progresses beyond 30 years old, strength declines due to changes in hormones, nerve activity and for most of the population, disuse. The investment in ultra-endurance training probably meant strength had been both neglected but possibly reduced because too much endurance can take away from strength. I’d need to pull together a specific strength programme for James to follow to hit the areas needed most, especially upper body, lower back and thighs.
“James is one of the most driven humans on earth.”
We also needed a programme to ensure he was doing the basics brilliantly. At 46 recovery is impaired which means between sessions adaptation can take longer. Therefore, we targeted sleep, nutrition, hydration, afternoon rests – all with a carefully laid out plan. This wasn’t marginal gains, this was massive gains. Did I need to cajole James into adopting extensive habit changes? No not at all. James is one of the most driven humans on earth. When he says he’s going to do something, he does it! He throws himself fully into it.
…and that was the second major hurdle. James had thrown himself into the training, in an attempt to put down a marker of intent, show what he was made of and to acquire the fitness. As a result, he had put a strain on his ribs, added to which a week before the lab test, James had gone out rowing in a pair with an inexperienced crew mate (“Have you ever been in a pair?”, “Er, yeah, I was World Champion a few times!”), and had to overcompensate a number of times to keep the boat steady. The two together meant that shortly after the lab test, he was confirmed as having a rib injury. We had only just started getting into the specific high intensity sessions on the rowing ergometer, the forceful strength work – these big priorities and everything had to change course. We’d needed to work our way round the rib injury with limited intensity and limited force. James was on the back foot and we had develop an excellent plan B.
Tune in tomorrow for part 2 of this special blog series or subscribe to get it straight to your inbox
Posted in Uncategorised and tagged Boatrace, JamesCracknell, Physiology, Rowing
← 032: Joe Eisenmann on long term athlete developmentJames Cracknell in the boat race: Behind the scenes with injury, innovation and inner voice (pt 2) →