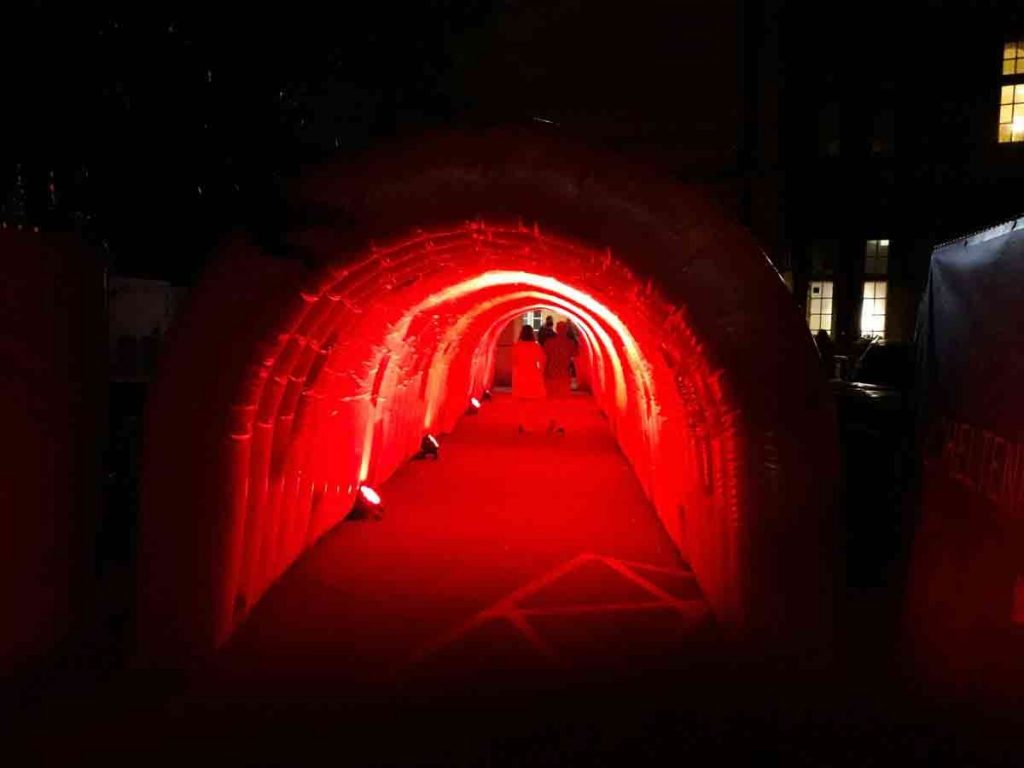 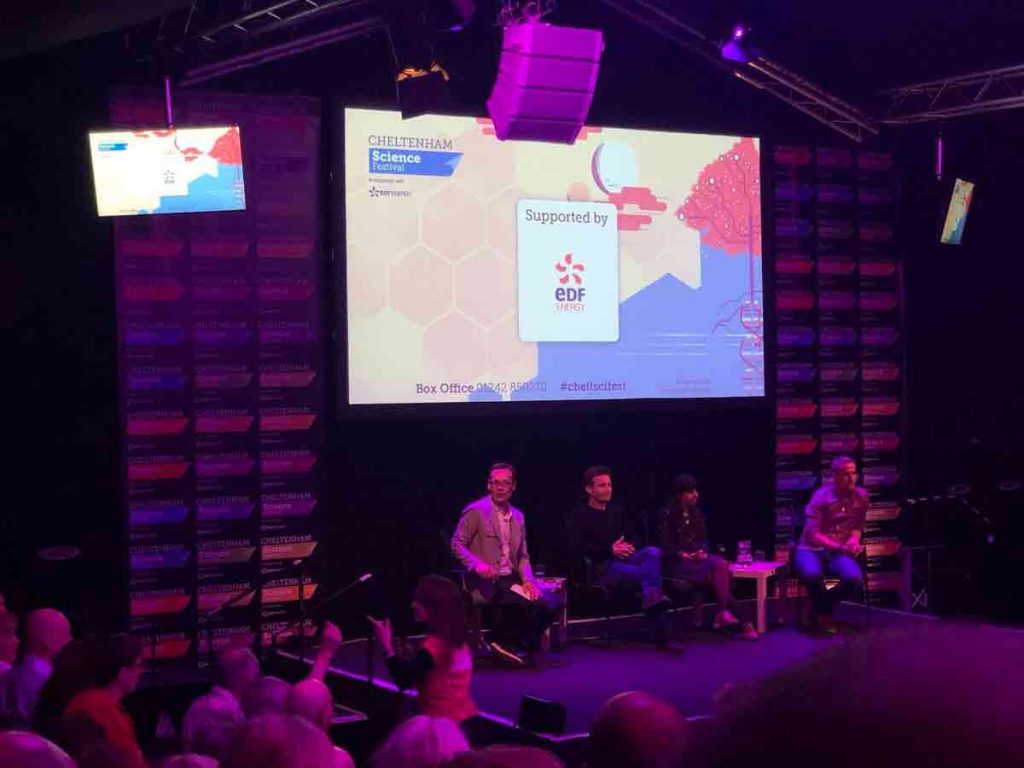 The Chair of CSF Mark Lythgoe hosted our session on exercise and told us that 17 years ago he and a group of post-docs got together in the town hall and shared their work and ideas together. All these years later and 77,000 people attended the event, from all walks of life, from all ages and backgrounds. What a mighty achievement and testament to the programme development and curator team. The programme reeked of quality, with Profs Alice Roberts, Jim Al-Khalili to name a few. Taking Danny Boyle’s mantra for preparing an Olympic opening ceremony, “If you get enough great people together that know what they’re doing – it might not be shit!”, is a full-proof plan! Once you have that in place, you’ll naturally attract curious and interesting minds to engage with in the audiences!
Make it fun
Whether it was hard-core ideas or family favourites, you could hear laughter and engagement all around the festival, making these interesting ideas fun. This was typified by the master Stefan Gates, who for two years in a row has blasted a marsh-mallow at my face with a leaf blower. This year was about the science of sweets and insects vs humans and while this often involves explosive farts, kids scoffing sweets, exploding chemicals – it also involves a full explanation of the mechanisms, the polymer, the acid-base reaction, the toroidal vortex. Stefan and his Gastronaut TV team have found a formula with which to get minds, young and old, awake, alive and engaged. Next year, he tells me, he is brewing up a full sensory session, ‘fartology’ – that’ll be a hot ticket!
Hat tip, Cheltenham Festivals, same again next year please!
I’d be fascinated to know if you go to a similar event wherever you are in the world?
Posted in Get Inspired, Get Leading, Get Skills and tagged CheltenhamScienceFestival, Communication, CORESkills, Education, Innovation, Inspiration, Leadership, PerformanceInsights, Relationships, Science
← 010: Toni Minichiello on communication with athletesTechnology, global connections and the World Cup →