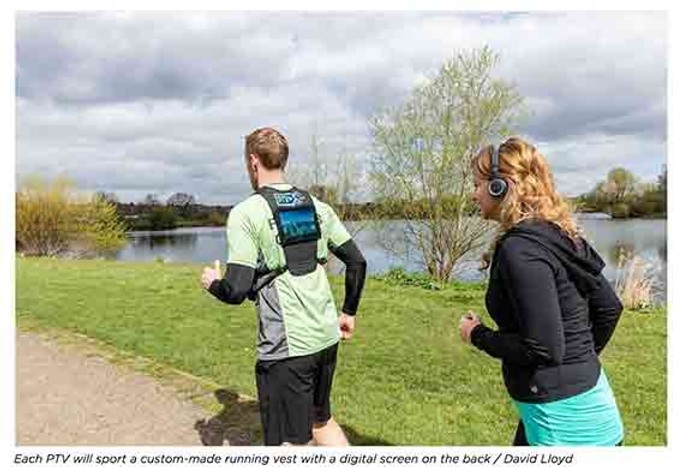 Before you read any further, I must tell you, I love a box set drama. Whether it’s Game of Thrones (fruity) or Breaking Bad (potential use of my A-level Chemistry) and I admit to a game of Mario (bonkers fun) or Zelda (genius) – so I am not saying for a minute I am Mr Perfect. But last week I saw this article and every cell in my body was immediately exasperated!
Is this what the world really needs right now? This could be an April fool style prank. If it is it’s not very funny. A little further research shows it appears to be real. *sighs*
The concept is to help ‘screen addicts’, exercise!
There is something quite specific about why I don’t like it.
Both of these examples seem ok to me, but they are almost identical to the new PTVs above. I come back to the question – under what circumstances is watching TV on someone’s back while running outside, good? Fine, they are exercising and from a certain point of view anything that gets people exercising has to be positive. But who leads a life so in demand, so time poor or what is on the TV that is more important than the restorative effects of exercising out in nature? Specifically, then it is the outdoor exercise plus the TV that jars.
On the other hand, here’s 3 reasons why you do not need this in your life, that is IF you are interested in increasing your wellness and performance. 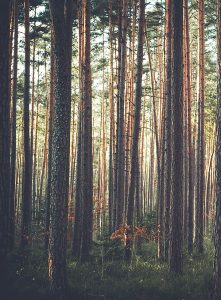 1. Interacting with natural stimuli
Studies show that interacting with nature (i.e. looking up and about), improves the restoration of our ability to direct our attention, unlike urban environments which overload and demand our attention. The same is true seeing pictures of nature (perhaps that’s what they should be watching on the TV – no don’t give them any ideas!). So nature stimulates us such that our ability to direct our attention is
enhanced!
2. Alpha waves
Beta waves (12-30 Hz) dominate our brain activity during normal consciousness particularly when we are channelling cognitive effort towards tasks.

The rhythmic action of aerobic exercise breaks the beta rhythm and slows the brain activity to an alpha wave (8 to 12 Hz), associated with daydreaming, meditative states, and increasingly research shows increasing creativity, from allowing disparate parts of the brain to make unpredictable connections with each other. 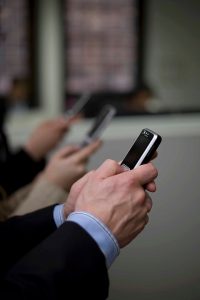 With recent research showing an average smart phone user swipes and clicks 2,617 each day, with the heaviest top 10% of users touched their phones 5,427 times a day – we are increasingly caught in a spiralling – stimuli – response – reward cycle that is overwhelming our attention and fuelling the need for recognition. We are organic beings, not factories or super computers – we work in waves of arousal and recovery. That is if we want to produce our best performance. Watching TV while exercising seems to pervert the process that you’re investing effort into benefitting from. There is a need to prioritise switching off.
We need exercise for the blood pumping, the fuel burning, the muscle strengthening – but it is so much more. It is a source of refreshment, a moment to unplug, to de-stress, to invest in clearing your mind.
Right on that note I’m off for a no-tech walk!
Posted in Get Inspired and tagged Inspiration, PerformanceInsights, PhysicalActivity, Technology
← 008: Rosie Mayes, Jamie Pringle join Steve Ingham to talk cultureMaximsers and satisficers in decision making →