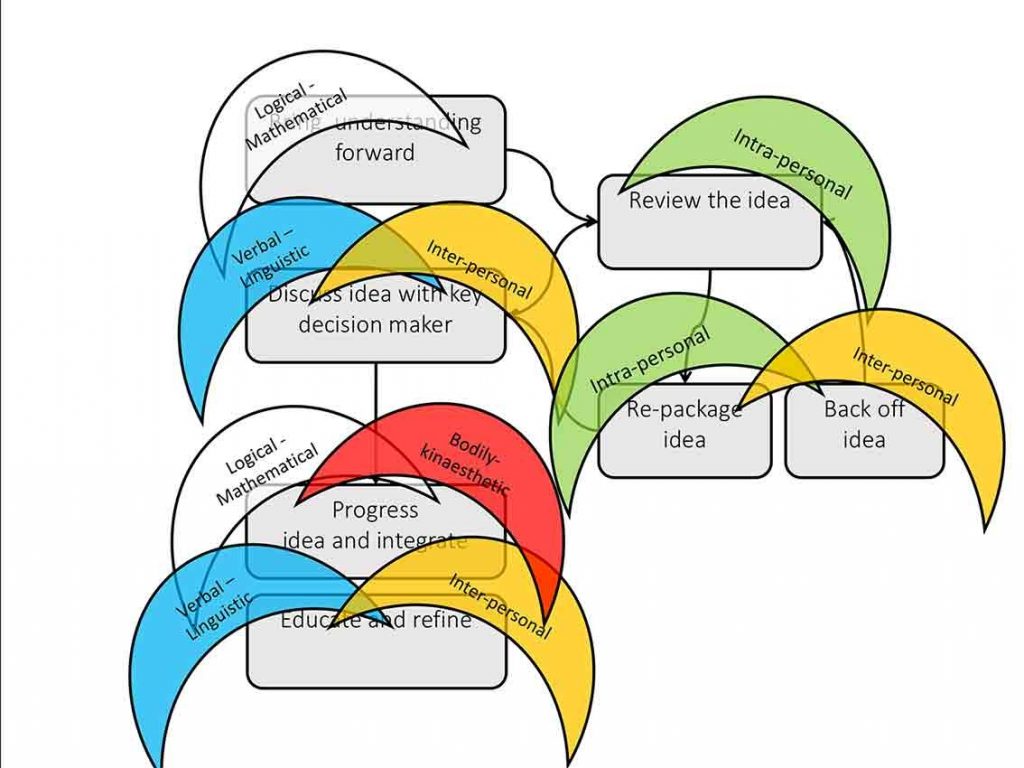 The tale goes that at a dinner with Wordsworth, the poet Keats, toasted “confusion to the memory of Newton…because he destroyed the poetry of the rainbow by reducing it to a prism”. Three years later Keats confirmed his disdain by writing;
“Do not all charms fly
At the mere touch of cold philosophy?
There was an awful Rainbow once in heaven.”
The renowned biologist Richard Dawkins, made this the theme of his 1998 book ‘Unweaving the Rainbow’, countering Keats’ claim that the discovery by Newton of shining light through a prism, unveiled the spectrum of colours, destroys the poetry of a rainbow. Dawkins meticulously unpacks a series of arguments that demonstrates knowing in detail, creates infinite wonder and beauty.
This metaphor is a powerful one for celebrating understanding and knowledge, which day-by-day marches on it’s inexorable expansion.
Today, I see another concept acting in reverse to Newton’s discovery – the use of our intelligences.
Deep down we know it, but the world around us, in particular the predominant educational systems appears to prioritise away, that we have multiple types of intelligences. Howard Gardner proposed, in his 1983 book Frames of Mind: The Theory of Multiple Intelligences, that we possess seven fundamental intelligences; 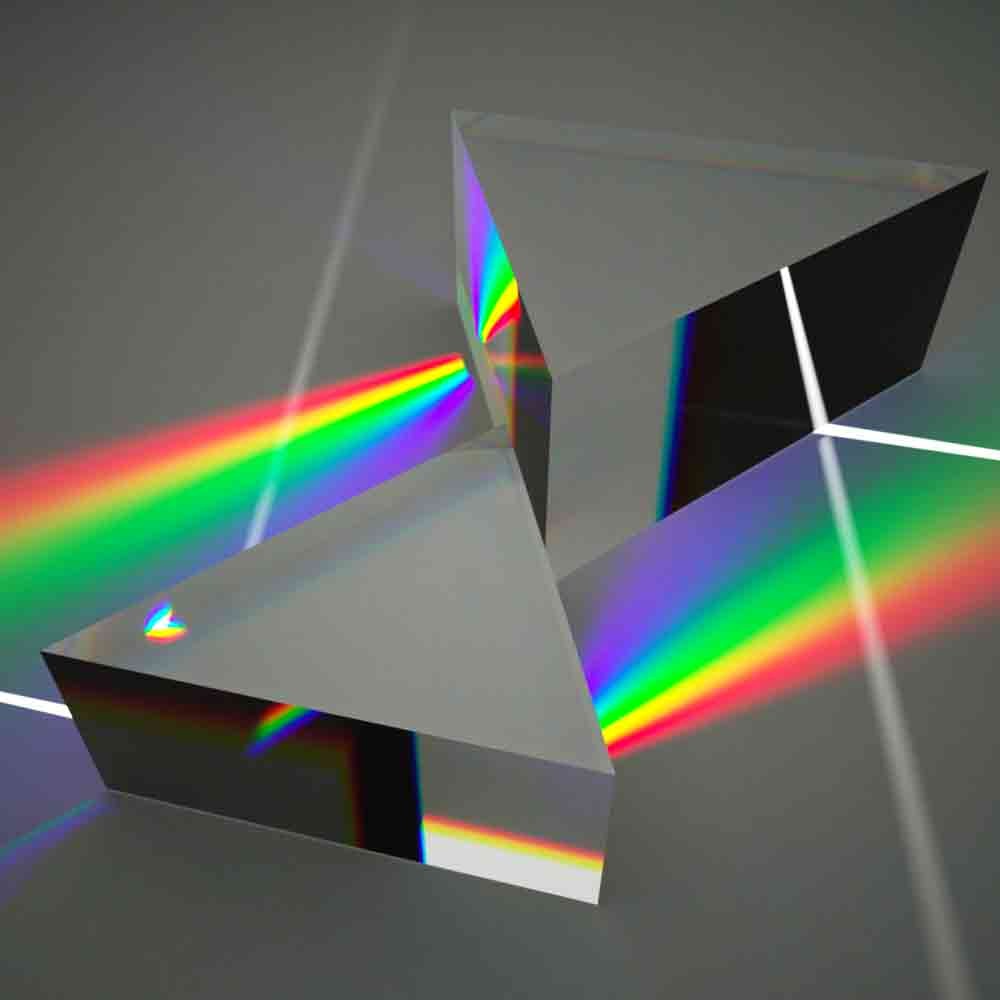 (Gardner, later suggested there could be good reason to include naturalistic and existential to the list)
When I hear of major universities with classes of 300 plus, sitting in lectures hearing about publication, concept and theory – then to be assessed by a multiple choice exam – I shake my head (what are they doing with the £2.7 million from the student fees?)! When I hear about the latest learning and development scheme, being only offered in online-modules, I wonder if the aspiration is for content to be forgotten as quickly as possible. I would contend that today’s work demands, require a full array of aptitudes and abilities. I’ll give you an example;
In performance environments, you’re required to;
1. Bring understanding forward – your job is to contribute
Before this you would needed to have;
2. Reviewed the idea – asking is this idea any good?
Then you might be ready to share with a key recipient
3. Discuss the idea with key decision maker or line manager
If the idea doesn’t land it would be unwise just to press on into nag mode. So, you’ll need to go back to the drawing board of 2. (review the idea) with two further choices to either:
4. Repackage the idea – by adjusting how it’s pitched, re-examine the underpinning facts and figures, highlighting the problem it solves, explain how it will engage the team, focus on the performance benefit
5. Back off the idea – perhaps now isn’t the right time, perhaps it’s not a priority, perhaps it needs further development and curating before your idea gets the go-ahead.
If after 3. the idea gets the go ahead, then your job is not over, you’ll need to;
6. Progress the idea and integrate – by project managing, implementing quality control, setting up robust measurement, negotiate what gets a lower priority for your idea to take attention, compromise to ensure seamless integration.
7. Educate and refine – no idea sinks in straight-away, people need convincing, they need to gain buy-in, this will require further skill to persuade, or adapt, tweak and refine to make it work.
So it might look like this; 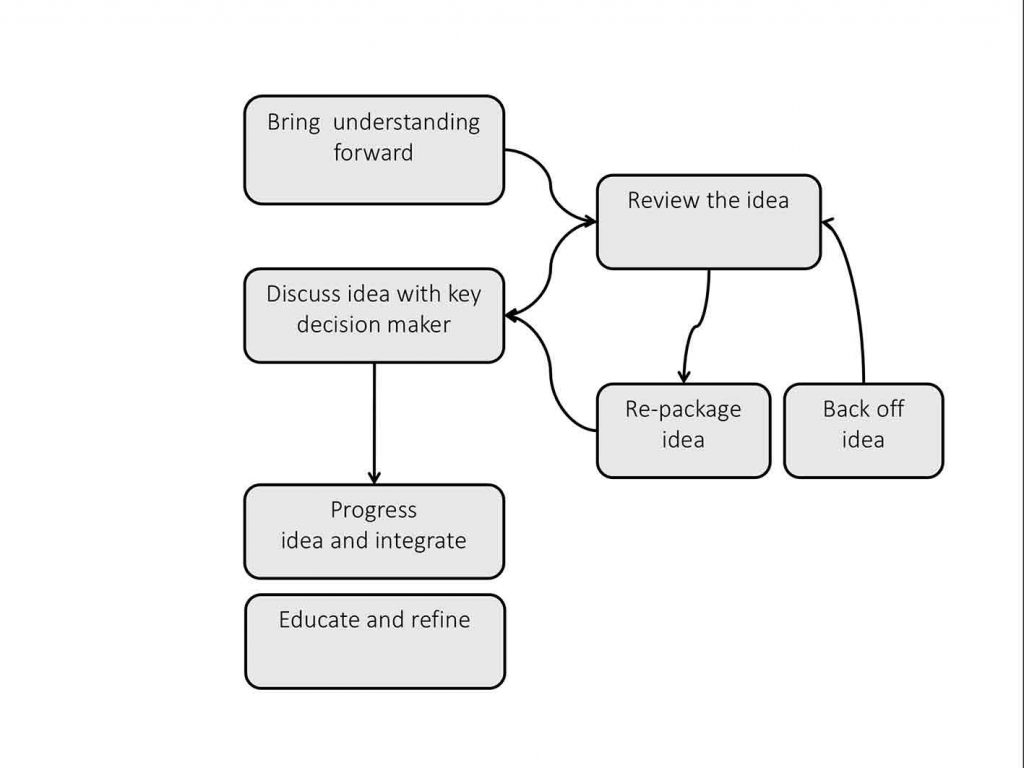 So, think of a case you’re working through, and then think about the stages above. Now connect with all the intelligences you need to express to make something happen.
The array of intelligences could look like this for any given idea or contribution to take off;

Newton saw that when white light is shone through a prism it refracts into the prismatic colours. Why is it that we are gifted with a variegation of intelligences and yet our default education, training, development or solution is to ram them back into the prism and prioritise one.
It’s time we started to celebrate more than a one-dimensional view of intelligence – it’s time to balance the full rainbow of abilities. It’s worth our efforts – there’s a pot of gold at the end. Our effectiveness depends upon it.
Posted in Get Skills and tagged Communication, CORESkills, CraftSkills, Education, Intelligence, PerformanceInsights, Reflection, Selfawareness
← 004: Vern Gambetta on a career at the front line of coachingThe Angel and Devil of Opportunity: Reflections on a bobsleigh run →