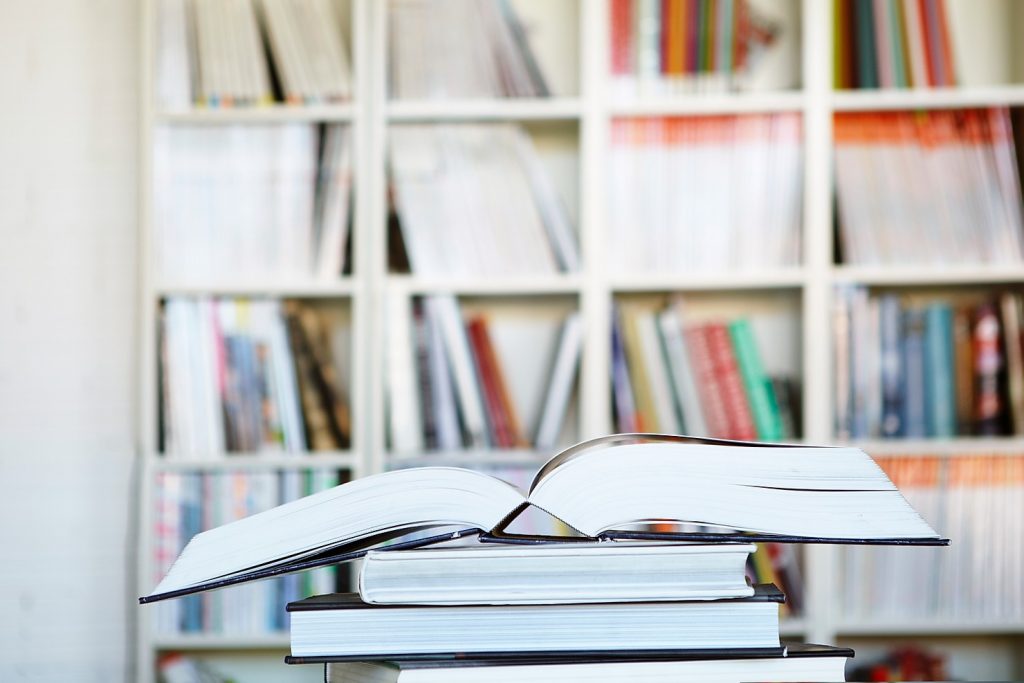 William Styron — ‘A great book should leave you with many experiences, and slightly exhausted at the end. You live several lives while reading.’
I love to read. When I read, I love to write in the margins (at the moment I am reading/scribbling on Sapiens by Yuval Noah Harari, it’s brilliant) and I love to revisit my favourite books to re-read a passage that I particularly enjoyed.
I believe reading a book to be more important than ever in a world of 7 second attention spans, social media overload, and feeling continually switched on. Getting immersed, feeling moved, becoming informed, or feeling challenged by a book is a truly valuable thing.
On #readabookday, I wanted to share with you the 5 most influential books I have read and why. I can safely say that my interests, my efforts, pretty much my life would all have been very different if I hadn’t have read these books.
In order of appearance; 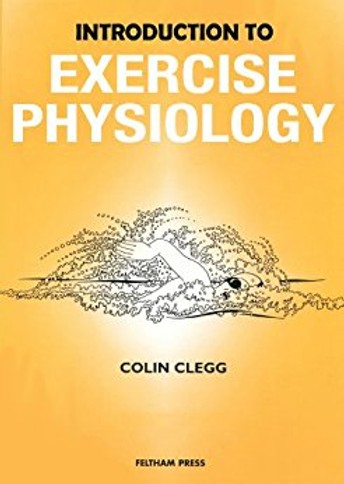 Read circa 1992
Colin was one of the most important mentors in my life. He was my A-level Biology lecturer but he was more than that, he showed me why people spend their lives learning. I was in awe of the fact he had not only written this book, which was relevant to my exercise physiology studies at the time, but I was in awe of his vocabulary and how he used it. At the start of my A-level studies, I sat with this book open on my right, a dictionary to my left, a scientific dictionary in front of me, I took one deep breath in and thought, “If I want to do well, I need to go back to go forward!”
In the mid 1990’s Colin invited me to revise the book with some much needed applied examples. What an honour.
Quote: “All the beneficial effects of exercise are reversible, and only persist if vigorous exercise is maintained”
My personal lesson: Leave a legacy for others. 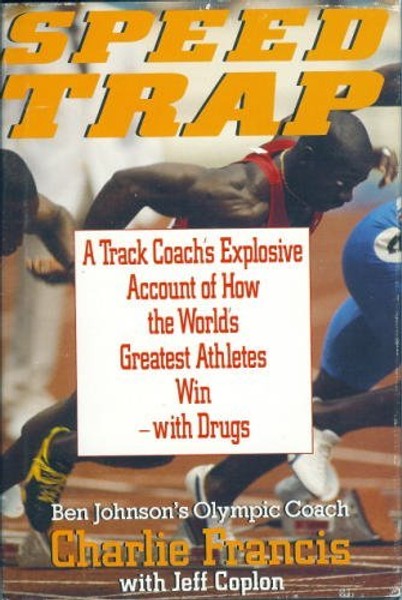 2. Charlie Francis, Speed Trap
Read circa 1997
I picked this book up about a year after I finished my undergraduate studies and it holds the title as the only book, I have not been able to put down. Francis chronicles his work with the sprinter Ben Johnson, before, during and after being caught for doping. His piercing honesty in unveiling, how they cheated and how, for most of their career, avoided being caught was devastating to me at the time. It shattered my naïve hope that the sport I loved to watch, had to be doubted. Months after I read it, other messages started to land about the diligence of their preparation, how they had planned, used sound science and objectivity alongside their doping practices. Just like the former German Democratic Republic, it is easy to write off all of their performances as ‘dirty’, but it has to be said many of their non-drug practices were forward thinking at the time. I then began to wonder about how successful applying science would be without the use of drugs. I have been lucky enough to work in one for the last 25 years…
Quote: “I assumed that Ben had been nailed for an anabolic steroid, but that made no sense to me. For the past three years, some of my sprinters had been using an injectable form of the steroid furazabol, which we referred to as Estragol. I knew that it couldn’t be detected, since the IOC’s lab equipment hadn’t been programmed to identify furazabol ‘5 metabolites, the breakdown substances produced in the body.”
My personal lesson: Diligence and objectivity – just a clean version of it! 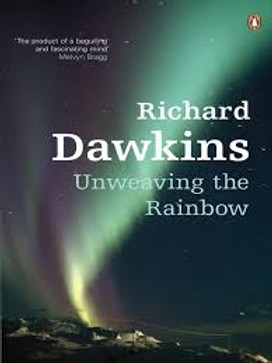 3. Unweaving the rainbow, Richard Dawkins
Read, circa 2000
I have most of Dawkins’ books. He writes like a dream, helping the reader understand the twistiest of concepts. He has many more famous books, but I loved Unweaving the Rainbow. He calls out Keats for destroying the poetry of the rainbow by reducing it to a prism. At the heart of the book is a message, that understanding something needn’t take away the poetry of it – it can unlock all majesties of wonder.
It inspired me to double my efforts for understanding what goes into performance, leading to numerous papers on one of my favoured topics, ‘what determines performance’?
Quote: “Understanding of science inspires the human imagination and enhances our wonder of the world.“
My personal lesson: Why guess, when you can know 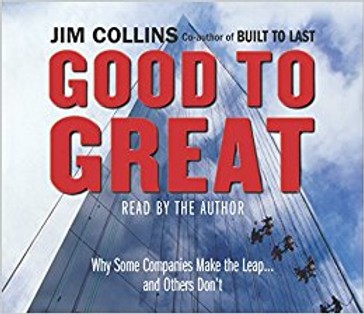 4. Good to Great, Jim Collins
Read circa 2008
This masterpiece is the work of a research team, led by Collins, who explored, debated and defined why some companies make the jump to sustained high performance and others do not. Highlighting concepts such as ‘Who’s on the bus?’ (the value of having great people) and “hedgehog concept’ (what do you do really well?) came at a time that I was exploring in earnest the principles of creating great teams. I reflected on this book greatly in the year after the 2008 games, resolved to ensure that if we expect our elite athletes to be high performers, then I will do my utmost to ensure they are surrounded by high performing teams.
Quote: “When in doubt, don’t hire – keep looking”
My personal lesson: The need to recognise and develop the balancing act between technical and craft skills. 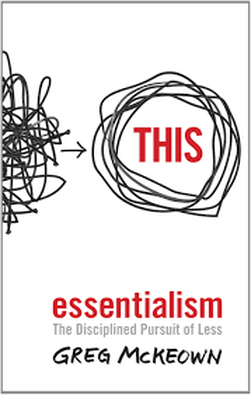 5. Essentialism: The disciplined pursuit of Less, Greg McKeown
Read circa 2015
I borrowed this book from a great friend and colleague Mark Bawden, don’t tell him, but I still have it! It came to me at a time in my career where I was awash with work, issues, more work, more issues, yet I wasn’t convinced I was making progress in meaningful areas such as creating quality personal development. It took me a month to read the book in the middle of 2015 and I reflected deeply about what I had to offer the world. Utilising the lessons from the book, I decided to write ‘How to Support a Champion’ and did so by writing for at least 1 hour each day for 4 months. I went to bed one hour early – got up one hour early, fired up my computer each day, switched off social media, shut out all other distractions, made little notes for myself at the end of each burst of writing so that I could pick it up quickly the next day. It was a hugely challenging schedule to adhere to, but without the disciplined pursuit I am not sure I would have written it. I continue to use the principles today, when focusing on what I’d like create as a consequence of my efforts.
Quote: “Our highest priority is to protect our ability to prioritise”
My personal lesson: I don’t want to be remembered for someone who answered all his emails within 24 hours. Focus on what matters for maximum impact. 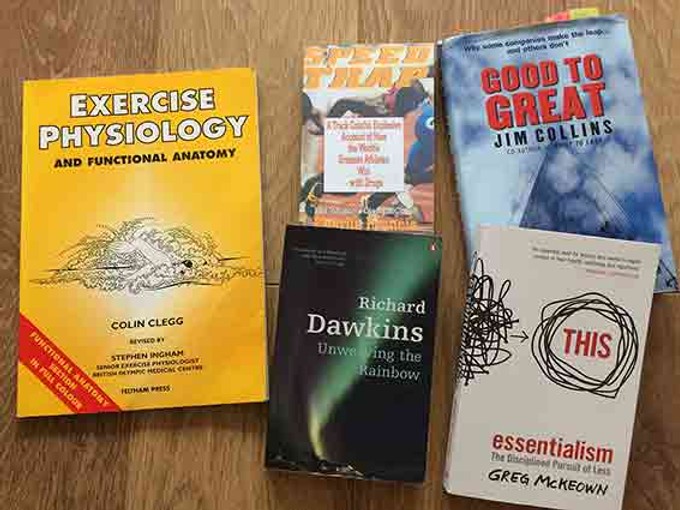 I’d recommend each of these to you, but they have influenced me, not just because of what is in them, but also when and why I read them. Which books have effected you deeply? Share your most influential reads in the comments section below;
Posted in Get Inspired, Get Skills and tagged CORESkills, CraftSkills, Education, HowToSupportAChampion, Inspiration, ProfessionalDevelopment
← Mind the gaps: An opinion piece about future needs in high performanceMaximising experiences →