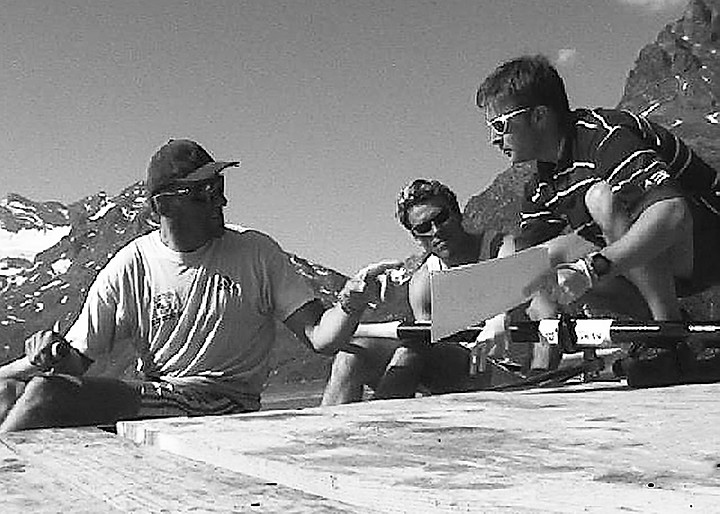 This interview was conducted for Castore Sport, Premium Performance Sportswear
The science of winning – how Team GB became world leaders in elite performance
Dr Steve Ingham is steeped in high performance and has provided support to over 1000 athletes, of which over 200 have achieved World or Olympic medal success, including some of the world’s greatest athletes such as Jessica Ennis-Hill, Sir Steve Redgrave and Sir Matthew Pinsent. Steve is currently Director of Science and Technical Development at the English Institute of Sport, leading a team of 200 scientists in support of Team GB and Paralympics GB. Dr Ingham is also the author of the best selling ‘How to Support a Champion: The art of applying science to the elite athlete’, discussing and inspiring the importance of learning and adapting to reach our maximum potential.
Find the book at https://www.amazon.co.uk/How-Support-Champion-applying-science-ebook/dp/B01F1XTRNQ.
How has the GB setup changed from an athlete preparation perspective from your first Olympics in Sydney 2000, where Team GB finished 10th with 11 Golds, to Rio 2016 where we finished 2nd with 27 Golds?
Since the British Prime Minister announced ‘Raising the Game’ in 1996 on the back of a disastrous Olympic Games in 1996, exchequer funding and National Lottery money began to be fed through Uk Sport to National Governing Bodies. This allowed coaches and athletes in Britain to dedicate themselves fully to their sports. Immediately this gave a performance gain, through better training (I.e. They didn’t have to find time at either end of the day), better rest and recovery (I.e. They could fully recuperate between sessions rather than work) and for athletes to benefit from more in-depth and developing coaching. Applied sports science was only just getting its act together then. Collectively though this led to an increased improvement at the 2000 and 2004 Games, but was quickly followed by the announcement of the 2012 Games in London. This sharpened everyone’s focus on discovering and implementing winning methods and importantly, the people skills to deliver it.
What has been the single biggest change in the way GB athletes prepare for major events in the last 16 years, in which time we have improved our medal haul at consecutive Olympics?
More money became available to support the system, but at the same time we began to really ask searching questions about how to develop winning performances. This ‘no stone unturned’ approach meant that science support had to step up to apply relevant knowledge to unique (n=1) athletes, rather than just rely on published work. This approach has often been termed ‘Marginal Gains’, but in real words it is simply applying science and knowledge to a performance goal. This means thinking about performance first; I.e. what are the determinants of a winning performance; and then addressing the areas of greatest need in order to adapt and improve those components and; then finally readying the athlete to deliver their performance on the biggest stage under pressure.
What advice would you give to a young athlete looking to step up and become an elite level performer on the global stage?
If you’re a young athlete – don’t specialise too early in one sport. Having a good physical literacy can really help you stay robust and learn new skills. Get curious about how you improve and why, keeping a diary of training about your physical and mental response and performances will really help you learn and adapt at a faster rate.
You will need to be skilled in understanding how, what, why and when you are doing what you are doing, at a later stage when you are operating in Macro-, Meso- and Micro-cycles, it will help.
Beginning to learn some high performance behaviours, such as quality nutrition, rest and sleep routines, conditioning, these will give you an advantage early on and instilling the action necessary to reach your optimal level.
What lessons have you picked up from working with the likes of Sir Steve Redgrave, Sir Matthew Pinsent and Jessica Ennis – what do these athletes do that others don’t?
Nearly all of he top champions I have worked with have a desire and commitment that is observably higher than most. Some are utterly, viscerally and scarily focussed, though not all. Some are a little more laid back and this offers them perspective. Some are just uber talented and don’t have to apply themselves in the same way. One of the truly wonderful successes of the British system in recent years is that many more athletes are winning because of how they have applied themselves. If they were left to their own devices as was, largely the case many years ago then they almost certainly wouldn’t be winning medals now. That’s a cool thing.
How much further do you think innovation in the application of science can go in enhancing the performance of elite athletes?
Much further. Not all sports have a comprehensive method and understanding of determinants of performance. We still haven’t got all athletes following an optimised, individualised plan. Our coaches and support staff have great potential to develop and pioneer. However, these are just an even better version of the basics though. What about transferring knowledge for research, from other applied fields and high performance industries. Believe me, there is plenty of legitimate human performance gain out there to be had. It’s exciting to look forward!
Check out Castore Sport
https://www.instagram.com/castore_sportswear/
https://twitter.com/castoresport
Posted in Get Inspired, Get Skills and tagged AppliedPractice, Coaching, HighPerformance, HowToSupportAChampion, Mindset, PerformanceInsights, SportsScience
← Science in sport or sport in science: My no. 1 interview question for applied sport science***Supporting Champions: The Conference*** →