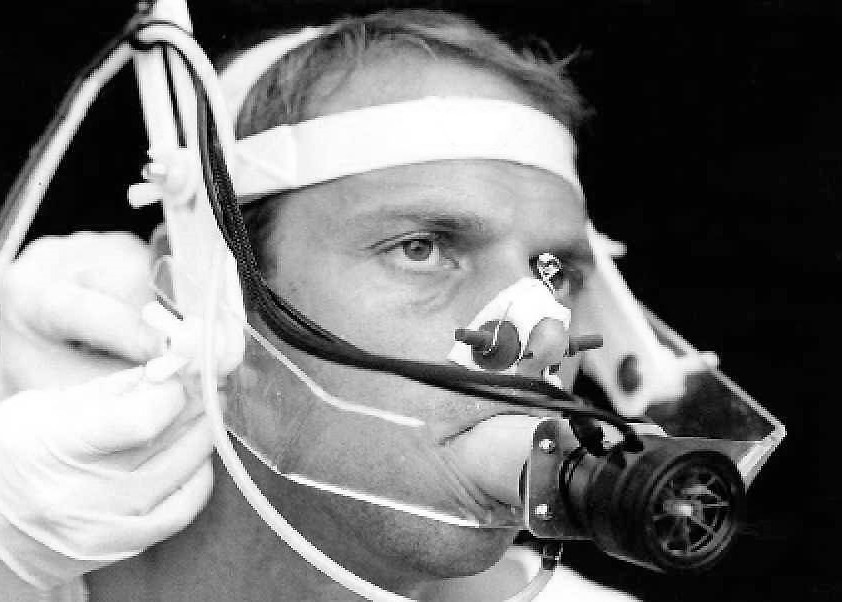 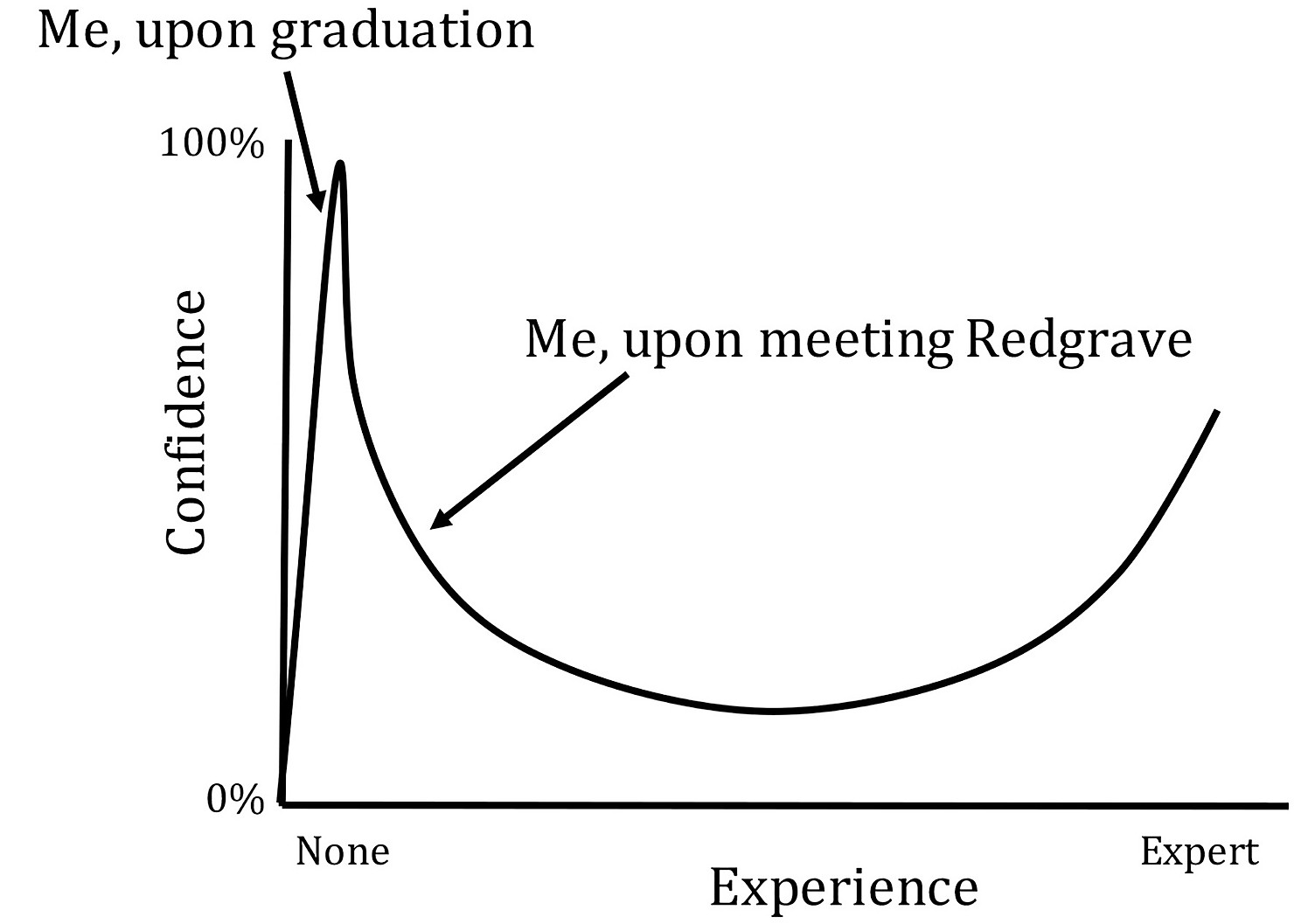 The mismatch between confidence and experience from, “Unskilled and Unaware of it: How difficulties in recognizing one’s own incompetence lead to inflated self-assessments.
For scientists the Dunning-Kruger effect is demonstrated by their tendency to turn to published work. To many this is sacrosanct, to some it is everything, i.e. if it is not published it does not exist. In the vast majority of cases scientists quote articles, as a symbol of their competence, handing them out like greeting cards at Christmas or food to the needy. I have worked with over a thousand athletes and I can think of only one who actively wanted to see the literature. Therefore, it wouldn’t be unreasonable for me to say in 99.99% of cases this does not work with athletes, not elite athletes, not club level athletes, nor anyone in the middle.
Standing there with Steve on that day in July 1998, I was certainly on the left-hand aspect of the Dunning-Kruger model. Fortunately, I was not ascending the confidence line, I was descending steeply into the pit of appreciating that I might actually have absolutely nothing to offer.
Posted in Get Skills, Get Started and tagged AppliedPractice, CORESkills, CraftSkill, Education, EmotionalIntelligence, HowToSupportAChampion, ProfessionalDevelopment
← Olympic Blog 1: Games Time! Not a time to play games!How to Support a Champion: The art of applying science to the elite athlete. Preface part 1 →