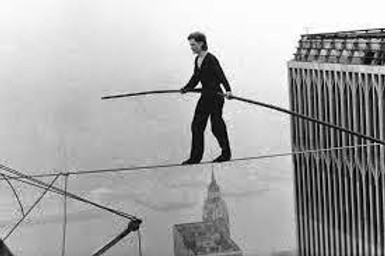 This blog is part of a series about interviewing for applied sport science, if you missed last week’s intro, here it is.
“We’re generally overconfident in our opinions and our impressions and judgments.”
Daniel Kahneman
Woah there introductory blog, you give the impression that we are done and dusted with the preamble and we are about to dive into the interview complete with tables, pre-set up projectors, suits, formal wear and a fresh glass of water. No, no, no – back it up a bit, we’ve got a bit of work to do yet. Let’s assume then that the shortlisters have moved you from the mass of applicants to the long list to the short list. The next step will be ‘the call’, “Hello, is that Stephane Ingleham (my Bavarian alias)? Hello, I am calling from the World Institute of Sport, Health, Fitness, Understanding and Life (WISHFUL), and we would like to interview for the post of Performance Optimisation Officer*”. Your heart skips a merry beat, you’re in, they were impressed by your application, they want to see you in the flesh. The majority of the time, candidates will effusively confirm to the affirmative and offer a polite “thank you for calling”, type sign off (bye, bye-bye, love you, bye). Rather bafflingly a good proportion of people will make things difficult and generally being cantankerous about the whole thing. I remember one youngling asking if we could hold the interviews a bit closer to their home (chaff of the crusty husk variety). If the arrangements are tricky then I would suggest negotiating politely and delicately.
On-the day candidates then fall into largely 3 categories; 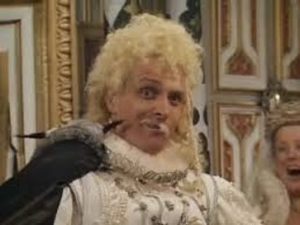 A) The super-heroes, turn up in a whirlwind of vocal projection, legs astride, hands on hips, head cocked up to the side, (see, Lord Flashheart). The words “I am here for my interview”, sound like “I am here to save your organization” (for which a trapdoor exit would be best). Such types might also crush your phalanges with a powergrip takedown handshake, or might boom their way through the interview, but they might also behave themselves in the interview room too. 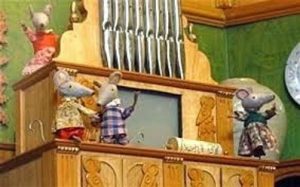 B) The mice scurry in, squeak and leave. Sometimes you notice them, sometimes you don’t. An overly nervy or timid opening can unfortunately be just plain forgettable. High performance sport requires you to have something about you, some ‘enter the room presence’ – and in that first impression, overly meek will put a question mark over your competency to develop rapport.
(The above two categories could be construed as extraversion and introversion, respectively, and at least superficially I have painted a picture of extreme ends of the spectrum – the reality is that all types can flourish in high performance sport.) 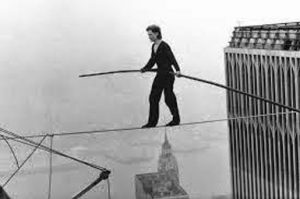 C) The tightrope walkers are with whom the wheat lies. As a support practitioner, the key relationships are with a coach, athlete and other practitioners in a multi-disciplinary team. Therefore you have to be able to project yourself delicately along these various tightropes; teamworker but independent, inter-personal but intra-personal, humble but assertive, deferential but assured, patient but persistent; modest but motivated, tolerant but critical, open-minded but discerning. If you can balance these factors and more then you will be tightrope walking to success. The reality is though you will need to develop this versatility through your adaptability, through trial and error, effort and reflection loops of matured but fast-tracked learning.
I would reckon, 8 out of 10 times, the admin’ staff who do the 30 second meet and greet, make the same selection as the interviewers who’ve spent 8+ hours slogging through interviews. It appears the first impression is cast in milliseconds, being highly related to eventual selection and later management, (known as confirmatory bias). So, wheat, if you are thinking about playing hard-ball for a different interview time, or if you had previously dismissed the reception staff as unimportant, you are stepping aboard the 10m platform to perform a Tom Daley-esque tumble into the chaff bucket. First impressions matter!
Read on for part 3, on kicking the interview off…
*This was a real suggestion, until they worked out the acronym!
Posted in Get Skills, Get Started and tagged CareersAdvice, Communication, CORESkills, Reflection, Selfawareness, SportScience, University
← Choosing to be wheat or chaff: A view from interviewing in applied sport scienceTouch, Pause and Engage*: What you might expect at the start of an applied sports science interview. →