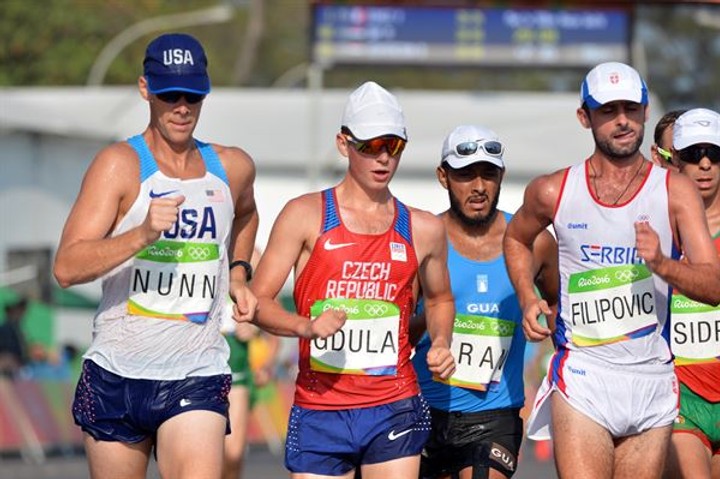 I have a vision of three local folk in the ancient town of Marathon wandering about in blue and silver striped waistcoats unsure if they are looking cool, but not actually feeling cool. They are probably curious about the horizontal panels in their waistcoat, containing some form of crystals – ‘is this fashion?”, and they might also be unsure as to why they smell a little of peas*! For these are the ice jackets that I provided to the GB marathoners just before the Olympic marathon at the summer games in 2004, that were left on a wall by the holding area, but were not retrieved up by the coach. I have since wondered what ever happened to those ice jackets, I hope, ironically, they are keeping someone warm. This was the men’s marathon, not the infamous women’s marathon 7 days earlier.
Cooling jackets were all the rage back in 2004, popularised by the Australians in 1996, with stories breaking of ‘special’ ice jackets being worn during the rowing warm-ups. My first application of this thinking (for Sydney 2000 and Manchester CG 2002 heat was not a real issue) was when I was thrown the recovery challenge by Matt Pinsent and James Cracknell who were attempting the double final of coxed pairs followed by the coxless pairs spaced just 2 hours apart, in Lucerne in 2001. With 3 weeks to prepare for this and with the minimal resources available from their altitude hideaway in Silvretta (cow bells, dumplings, cloud), along with fuel, fluids, and metabolic recovery, heat was potentially a factor (actual temperature on 25 Aug 2001 was 29 deg C) we reverted to trialling the application of cold towels and cold showers. The 2 hour plan was for the coxed pairs to be won with minimal effort (113 mins to go) for Matt and James to row round to the top of the lake, for me to throw them a sports drink and some jelly babies (110 minutes to go); for them to row down to the boat yard (105 mins to go); get out and walk (we found they cleared lactate levels much quicker with a change in mode of exercise) for 15 minutes whilst eating some more (90 mins to go); leg massage (70 mins to go); cooling for 10 mins (60 mins to go); lie down for 20 mins; do some stretching and mentally get ready (25 mins to go), paddle and do bursts and then row down to start ready to win the next race. All went according to plan except that they were trailing in fourth with 1500m to go, which is not their style, when they produced an astonishingly powerful final 500m, spiced by a crab catching oar moment in the last 100m, only to recover again (cue one of my favourite sporting pictures of all time).
They won by a matchbox, a performance in the same manner that they would repeat with the company of Ed Coode and Steve Williams at the Athens games themselves. As I was going bonkers at both races, I spotted something, James and Ed putting their feet in the water. I presume this was for cooling. Instinctively, feet, hand, head and neck are the places of choice for maximum cooling. Whilst ice jackets cool a large surface area, which might make logical sense for reducing heat stress, it is not always optimal, because it cools the core which would lead to a shunt of blood to the core. It also cools the large active muscles of the upper body, which are often active during exercise. Given the large area cooled the actual cooling power is surprisingly moderate. 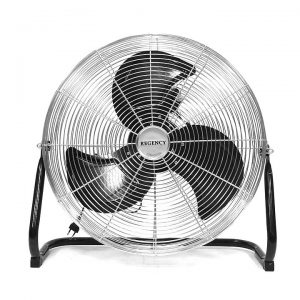 Pre-Athens Team GB consulted with the charismatic pair of Mike Tipton and Jim House who introduced the wonderfully straightforward method of sticking your hands and feet into a bucket of cold water, to get a cooling effect similar to, if not greater than ice jackets (10 to 15 mins is just enough in 10 deg water). You know when someone advises you in such a way that they are not trying to sell you the latest hype. Also it makes just great sense, people instinctively cool the hands, feet and neck, little do most people know that they are taking advantage of the density of arteriovenous anastomoses, cardiovascular connecting structures that maintain blood flow to the area even when it is cooled, i.e. not constricting blood flow as is normal when cooled, in these areas.
Cooling buckets, hand cooling chairs, misting sprays, reflective gazebos as well as the ice jackets, all complemented our development of Powerade Pro, availability of environmental chambers and acclimatisation warm weather training camps in an attempt to lower core body temperature before, abate the rise in core temperature during or lower it again after exercise in Athens. A similar strategy proved successful for the Beijing games four years later. So what innovations could lie in wait for future ‘hot’ games? What could be more intuitive than hand cooling? Well ask yourself what you do to keep yourself cool in the heat. Mike and Jim have the answer once more. Whole body fanning! Brilliantly obvious and for me the antithesis of pizzazz and gizmos that look funky and claim the greatest effect, but are not backed up with good numbers.
So critical to prolonged performance and so disturbing to mental comfort, heat management is a true cornerstone of any sports physiologists’ repertoire. Acclimatisation and hydration have a proven counterpart in cooling, but for its elegantly and innovatively simplicity, hand/feet cooling and fanning should take the plaudits as number 8 in the top 10 applications of sports physiology.
* smelling a little of peas because the only freezer we had available to store the jackets in Athens was rammed full of frozen peas. Sorry about that Olympic marathoners!
#SportsPhysiology #Cooling #Supplementation #Recovery #AppliedPractice
Posted in Get Skills and tagged AppliedPractice, Cooling, Recovery, SportsPhysiology, Supplementation
← Top 10 applications: No.9 Hitting the buffersTop 10 applications: No. 6 Painting the complete training picture →